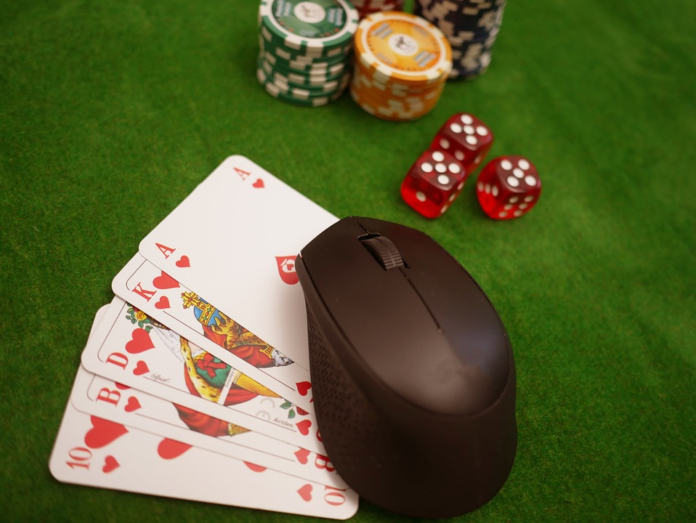 Online gaming and competition have been on the rise for a long time, allowing people anywhere to compete against anyone worldwide via an online connection.

This has easily extended to one of the most popular games on the planet; poker. Poker has been steadily growing in popularity throughout the century, but that skyrocketed once the recent pandemic set in. Because physical casinos and sporting events generally came to a close, some people turned to online poker to resolve the competitive itch.

If you’re new to online poker, it can be easy to get intimidated by the number of sites, the plethora of games being offered, and more.

To help get you started, we’ll talk about five things you should know about online poker before taking the plunge. There’s a lot to cover between legalities, the level of competition, and more, so let’s get started.
Online Poker Is Regulated Differently Worldwide

The first and most important thing to know before you even start going to sites is to determine whether or not online poker is legal in your location. The majority of Europe allows players to engage in online poker, but there are a couple of countries that have strong restrictions against forms of gaming outside of a physical establishment like a casino. Make sure you understand the rules in your location before hopping on poker sites to get dealt in.
There Is Plenty Of Variety

There are hundreds, if not thousands, of poker sites, and it can be easy to go straight to the big, recognizable names. However, you may wish to play different variants; for instance, many of the so-called big providers have Texas Hold’em, but what if you’re a Pot-Limit Omaha player? Some poker providers allow users to play casually for fun instead of putting real-life money into the pot to lose; Zynga Poker is a classic example. It’s important to understand the type of poker you want to play before starting out; otherwise, the selection may be overwhelming.
Online Poker Sites Are Safe

One concern that immediately presents itself when talking about online poker is whether or not the medium of entertainment is a fair place to play. No one wants to get scammed, and no one wants to lose money, but most poker-playing platforms online are safe. Nobody on the backend of these sites controls outcomes; in fact, most of them use RNG (a random number generator) that is constantly running to keep results random. Organizations like the ECOGRA (eCommerce Online Gaming Regulation and Assurance) spend their entire time certifying poker sites and were the industry’s first self-regulation system for the gaming community. Sites pride themselves on having a platform where anyone can win the luck of the draw. It is never predetermined beforehand; proper regulation ensures that.
HUDs Are Your Online Poker Friend

HUD stands for Heads-Up Display. If you’ve played other video games, most specifically first-person shooters like Halo or Overwatch, you’ve probably seen a version of a HUD before. HUDs will help players calculate poker odds and perform other tasks that flat-out cannot be achieved at a physical casino, such as player tracking. HUDs can also give users the ability to chat with their opponents, send emotes during competition, and provide some information about the competition. Always pay attention to your HUD, especially if you’re new to playing online poker.
You Can Play Multiple Hands at Once

One of the best parts of playing poker online is that there is no limit to the number of games you can play as long as you’re willing to change between windows in your browser. Now while we don’t suggest multi-tabling in your first attempts to compete, it’s still easy to play a mix of poker games all at once. Texas Hold Em’, Omaha variants, blackjack, the list continues. Luckily if you’re new to a certain poker site, they’ll usually offer bonuses for first-time players and installers. Some places will allow you to speed up the tempo of the table for all users, so instead of waiting around for timers and people to make a move, you can be in and out of rounds in no time and on to your next game.
Conclusion

If you enjoyed this piece, you can find a number of other articles on topics like this in our business section.

Top 4 Tips To Win At Blackjack